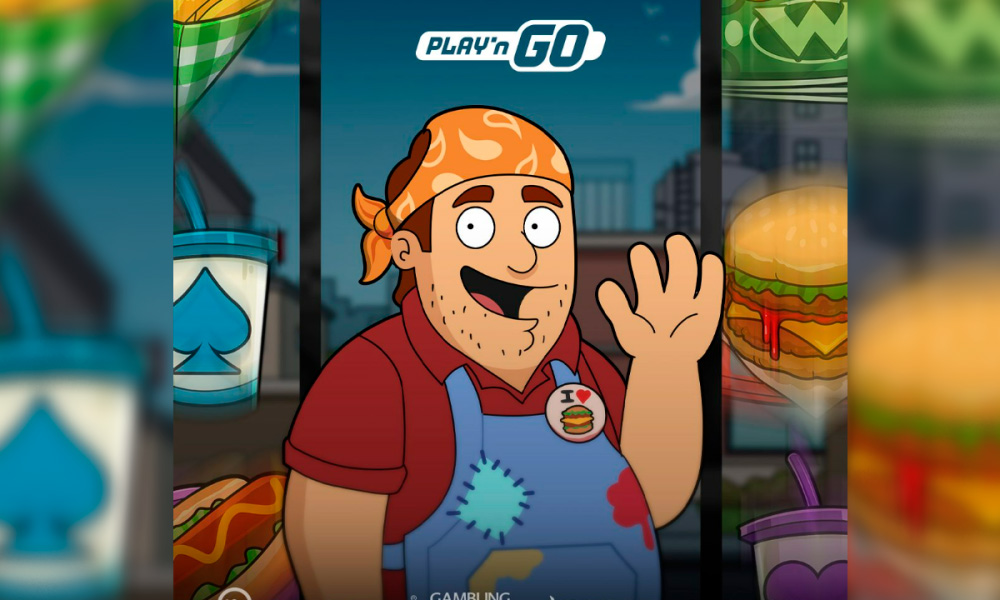 Fat Frankie serves the best food in town, but he’s looking to put his name on the culinary map. Help him show that his Food Truck has what it takes.

Featuring a strong narrative, players have clear goals in their sights from the get-go. The aim of the game is to build up Frankie’s reputation as having the best food truck in town. There are four ways that they can do this through the four features that are triggered in the Bonus Rounds.

In Burger Bonanza, Burgers will stick to the reels and reward a re-spin, this will continue until no more burgers land on the reels, then the prize money will pay out.

Greasy Wilds shows an animated Frankie appear and spill grease all over the reels! This leads to there being one to five Wild reels on the grid.

Finally, there’s the Five Star Free Spins. Each time the Five Star symbol lands on the reels it will increase the Win Multiplier and add two extra spins; the Multiplier ranges from x2 up to x6 times.

This culinary genius is a little out of his depth when it comes to marketing his food truck. But with the heart and soul needed to cook up a storm, we know that he’s on the road to success… Even if he is a little clumsy.