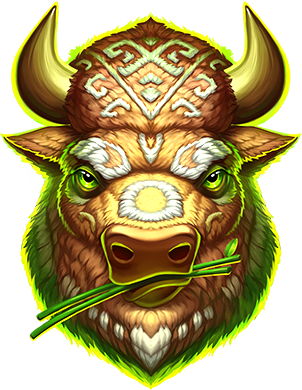 B2B gaming supplier Push Gaming whisks players off to the plains of North America to witness a clash of ferocious beasts in its new slot, Bison Battle.

Testament to Push’s reputation for being able to develop a diverse range of titles, Bison Battle comes hot on the heels of recent release Fire Hopper, upping the ante with an action-packed game style, as well as a theme inspired by a well-established land-based player favourite.

Set across the Great Plains, rowdy and raging Bisons butt-heads in an eventful base game with Red bison dictating when the wins drop. Their appearance can bring about an explosive Bison Clash that can grant instant prize coins and multipliers.

If a Green Bison meets a Red Bison, at least eight free spins and unlimited multipliers can be won against a backdrop of a beautiful green valley. When Red and Blue Bison square, play shifts to a chilling ice park where players begin with three free spins along with sticky instant prizes and multipliers.

Packed with features including Push’s popular recent addition Bonus Buy, it isn’t only the Bold Bison that roam the plains in the game as eagles, cougars and wolves also prowl the reels in a game design that boldly presents a Native American environment in a one-of-a-kind slot experience.

Commenting on the launch, James Marshall, CEO at Push Gaming said, “Our team has done a fine job with Bison Battle – they’ve had great fun putting together a game that is snappy and endlessly entertaining from the Base Game through to the second screen-features.

Our Bonus Buy Feature makes an appearance too, adding yet more options for players to enjoy the action. We’re really looking forward to seeing our fans challenge the battling Bison!”

The release comes on the back of a hugely successful year for Push Gaming, having picked up crowns at the Casino Beats Game Developer Awards, Game of the Year at the 2021 SiGMA Europe Awards as well as multiple shortlist appearances at both the 2021 EGR and SBC Awards.

Established as one of the industry’s most entertaining suppliers, Push Gaming is live across Europe’s key regulated markets with Casumo, LeoVegas, Entain, The Rank Group, Betsson and PaddyPowerBetfair. Its growth roadmap will see entry into further global jurisdictions with its top-tier partners throughout 2022.

1 thought on “Push Gaming unleashes a stampede with Bison Battle”