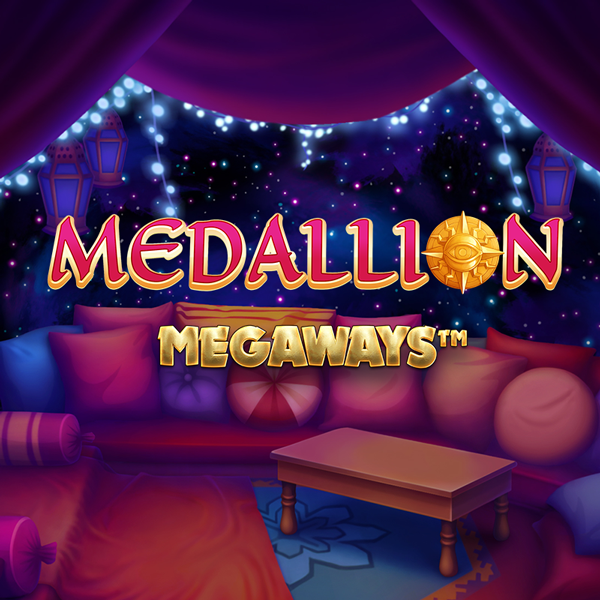 Medallion is our otherworldly MEGAWAYS™ offering. Medallion has the familiar Avalanche mechanic with the explosive PROGRESSIVE MULTIPLIER that increases with each consecutive Avalanche!

The 2 features of Medallion share a super synergy with the Progressive Multiplier. The VOID Respin, respins up to 10 random symbols which are then removed, allowing for another avalanche of symbols that deliver even more exciting win combinations.

The EXPANDING WILD Stone on reels expands the entire reel awarding up to a very rich x6 WILD multiplier, landing this powerful Wild multiplier has an explosive multiplicative effect.

In the Medallion FREE SPINS the all seeing EYE foretells the arrival of 20 Free Spins. Both the VOID Respin, and the WILD provide the winning action, but in this Free Spins, the Progressive Multiplier increases with EVERY Avalanche without the need for consecutive Avalanches. Medallion is designed with complimentary features that show Big win potential!

Expanding Wilds are one of the ‘Stone Features’. After the Golden Medallion has appeared in front of the gameboard it randomly chooses which of the three stone features to activate, one of which is expanding wilds. While activated, all wild symbols which land expand to cover the entire reel and are allotted a multiplier value of between 2x and 6x.

Void Respin is another stone feature, only possible after the appearance of a Gold Medallion. A green diamond landing on the reels triggers the Void Respin. When the green diamond lands it shoots around the board destroying between 2-10 non-winning symbols (except the wild) which are then filled by an Avalanche.

One active, both Expanding Wilds and Void Respin continue to appear until a spinning medallion lands on the silver face, thus ending one or more stone features.