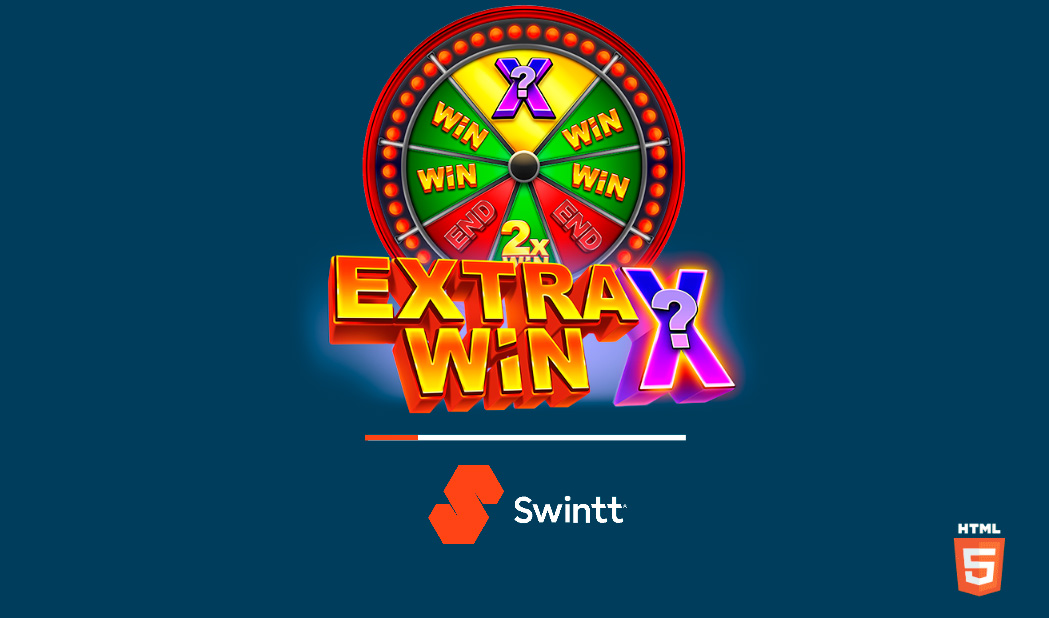 Swintt, the hit software studio behind sci-fi Christmas caper Santa vs Aliens and the head-banging Rock N Ways Xtraways, has announced it will be treating players to a fresh and fruity new release this month with the launch of Extra Win X.

The latest slot in the popular developer’s line-up of premium titles, Extra Win X combines the satisfyingly straightforward gameplay of a classic three-reel fruit machine with an innovative bonus wheel mechanic that has the potential to increase the value of players’ wins by up to 800x. It is the sequel to the original Extra Win, which has been a strongly performing game since its launch across all markets.

Featuring vibrant visuals and casino-style sound effects, Extra Win X boasts all the staple symbols you’d expect to find on a retro-themed slot, with cherries, oranges, lemons and plums lining up alongside higher-value icons such as liberty bells and lucky red sevens across the game’s five paylines.

While all regular base game wins can be boosted via a gamble feature which sees players bet on either the colour or suit of a random playing card, the real money-spinner in Extra Win X is undoubtedly the Full Table feature. Activated whenever players completely fill the reels with any one of the four fruit symbols, they’ll be whisked away to the Feature Wheel, where huge prize multipliers are up for grabs.

When the feature begins, players will be presented with a prize wheel displaying eight segments that include single prize wins, 2x prize wins and the all-important X symbol. A glowing light will then circle the wheel, before eventually stopping on one of the segments and awarding the corresponding prize.

If players are fortunate enough to land on the X symbol, they’ll be taken to a secondary prize wheel where bigger multipliers of 3x and 5x their bonus-triggering win can be collected. On both this and the Feature Wheel, players can continue spinning until a red “end” segment is hit, though every time a multiplier is claimed, its segment will turn red and the chance of exiting the feature will be increased.

Should players successfully manage to hit every prize segment on both wheels before the feature comes to an end, they’ll win a jackpot of 800x their stake before heading back to the base game reels.

“Featuring an easy-to-trigger prize wheel that can award up to 800x players’ bet, Extra Win X provides plenty of payout potential while remaining true to its traditional fruit machine roots and we’re sure it’s going to prove a popular new addition at all of our online casino partners this month.”

This is Swintt! from Swintt on Vimeo.