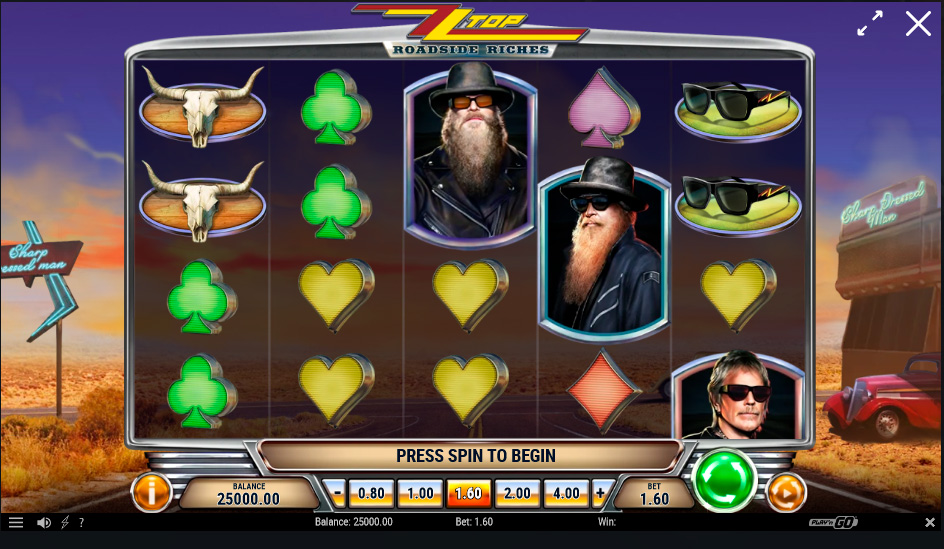 It goes without saying, we’re a HUGE fan of bringing rock to slots.

Whether we’re stepping back into the ‘80s with Twisted Sister or KISS where the dreams were as big as the hairstyles, to releasing mayhem with monster rock with the likes of Finnish heavy metal band Lordi.

Keep reading to find out which are our top five rock slots.

The ‘80s saw Def Leppard become a success in the US and (eventually) in the UK as a new wave heavy metal band. With hits like Pour Some Sugar on Me, Animal and Love Bites (to name just a handful).

Their look and sound has been imitated by many – an electrifying rock slot was sure to follow.

Not only is Def Leppard Hysteria a hit amongst lovers of Play’n GO games, but fans of Def Leppard and 80s music, in general, are in for a treat.

Game designers have remained true to the band’s iconic aesthetic in every detail of the game. The charge metre has a triangular design as a subtle nod to the Illuminati-inspired Hysteria album cover.

ALICE COOPER AND THE TOME OF MADNESS

Welcome to the nightmarish mind of Alice Cooper!

Alice, who was touring a new city, found a book shop with a vacant building that looked like it had been abandoned for centuries. Alice ran his fingers along the spines of old books and settled on a journal that piqued his curiosity. As the book was blank, he took the opportunity to pen his memoir. With each stroke, he heard scratching coming from within the book. As he continued to write, other pages filled with stories of other Coopers in parallel dimensions.

Now a prisoner of his own making, Alice must keep his story alive, to keep himself alive.

Did you know that Alice Cooper was born Vincent Damon Furnier? Known as ‘The Godfather of Shock Rock’, Alice Cooper has been entertaining crowds of rock fans for decades. Going solo in 1975, and taking the name Alice Cooper with him, Furnier released his first concept album Welcome to My Nightmare. Listen out for it in this game. His raspy voice, gory stage antics and iconic looks – fit beautifully with this spooky slot (you’ll find it on our Top 5 Halloween Game list).

The aim of the game is to free Alice from his chains and pick from the Reality Spins to do this! Pick from The Dungeon, The Temptation Room, The Chamber of Horrors or The Insane Asylum. Create clusters that are removed from the grid and new symbols.

The aim of the game is to free Alice from his chains. Get four or more connected symbols to create a cluster, winning symbols are removed for the grid and new symbols will drop to refill the grid.

This will continue until no new winning combinations can be created.

On a non-winning spin there is a chance to trigger one of the four realities.

The Chamber of Horrors

Destroy symbols to leave behind Wilds.

Adds a Wild to the grid and transforms symbols all into the same symbol.

Starchild, the Demon, the Spaceman and the Catman are hitting the road for the tour of a lifetime, it’s going to be the best one yet in KISS Reels of Rock.

These guys really know how to put on a show. Coming to life in the mid-’70s, with their shock rock heavy metal style and personified makeup Kiss would wow the crowds with their fire breathing and

pyrotechnic antics on stage, levitating drum kits, smoking guitars – oh yeah, they had it all.

Starchild, the Demon, the Spaceman and the Catman perform, starring on the reels with their unique face paint designs. Even those who aren’t familiar with Kiss won’t be able to help but absorb the energy this game radiates thanks to the nature of the band’s iconic performances.

This musical IP hits all the right notes when it comes to music slots and their features. Random Wilds, Multipliers, and Free Spins are just for starters in this epic game.

Based in a 6×4 diamond-shaped grid filled with symbols which include the members of the band who also appear on the screen to award features throughout gameplay.

If you want a taste of Americana, hit the road with ZZ Top as they travel Route 66. Roll the roof down, blast some tunes and rock the road.

ZZ Top was formed in 1969 in Texas the beard, sunglasses and hat look have become synonymous with the Blues Rock band.

You’ll hear the likes of Gimme All Your Lovin’, Sharp Dressed Man and Legs as you hit the highway.

Billy Gibbons, Dusty Hill, and Frank Beard make an appearance on the grid and will also pop up when the Free Spins are triggered; the band members are animated which immerses you further into the world of Roadside Riches.

LEGS WILDS can land during any spin, they always expand if they can trigger a win. During LEGS FREE SPINS They behave as expanded Walking WILDS. LEGS WILDS and GIMME WILDS cannot land on the same spin. Expanded Walking LEGS WILDS are sticky during feature, and move 1 reel to the left with each FREE SPIN, until removed after passing the first reel.

GIMME WILDS can land during any spin; they will have a X2 or X3 multiplier if part of any win. If GIMME WILDS land, LEGS WILDS cannot land in the same spin. During GIMME FREE SPINS the multipliers are X2, X3, X4 or X5. Only 1 GIMME WILD can appear on each reel.

The Band member symbols are 2 symbols high, and other symbols will often land stacked.

The Twisted Sister grid slot is inspired by the band’s ‘We’re Not Gonna Take It’ music video as the angry father appears on the charge metre with his condescending voiceover! The game includes a Free Round called ‘We’re Not Gonna Take It’, inspired by the lyrics and music video. Each band member plays their part in the game as they appear on the grid.

Twisted Sister’s distinctive style and music make for a creative rock slot with innovative features that fans of the band will immediately pick up on.

If you love to rock to the sound of music slots, why not check out all of our rock slots? We’ve got everything from heavy metal icons like Saxon, Testament and HammerFall to the spookier side of rock with heavy metal bands Candlemass and The Crypt show off their songs in House of Doom and House of Doom 2: The Crypt. Hit the right notes with the Italian rock band Black Mamba and Demon.