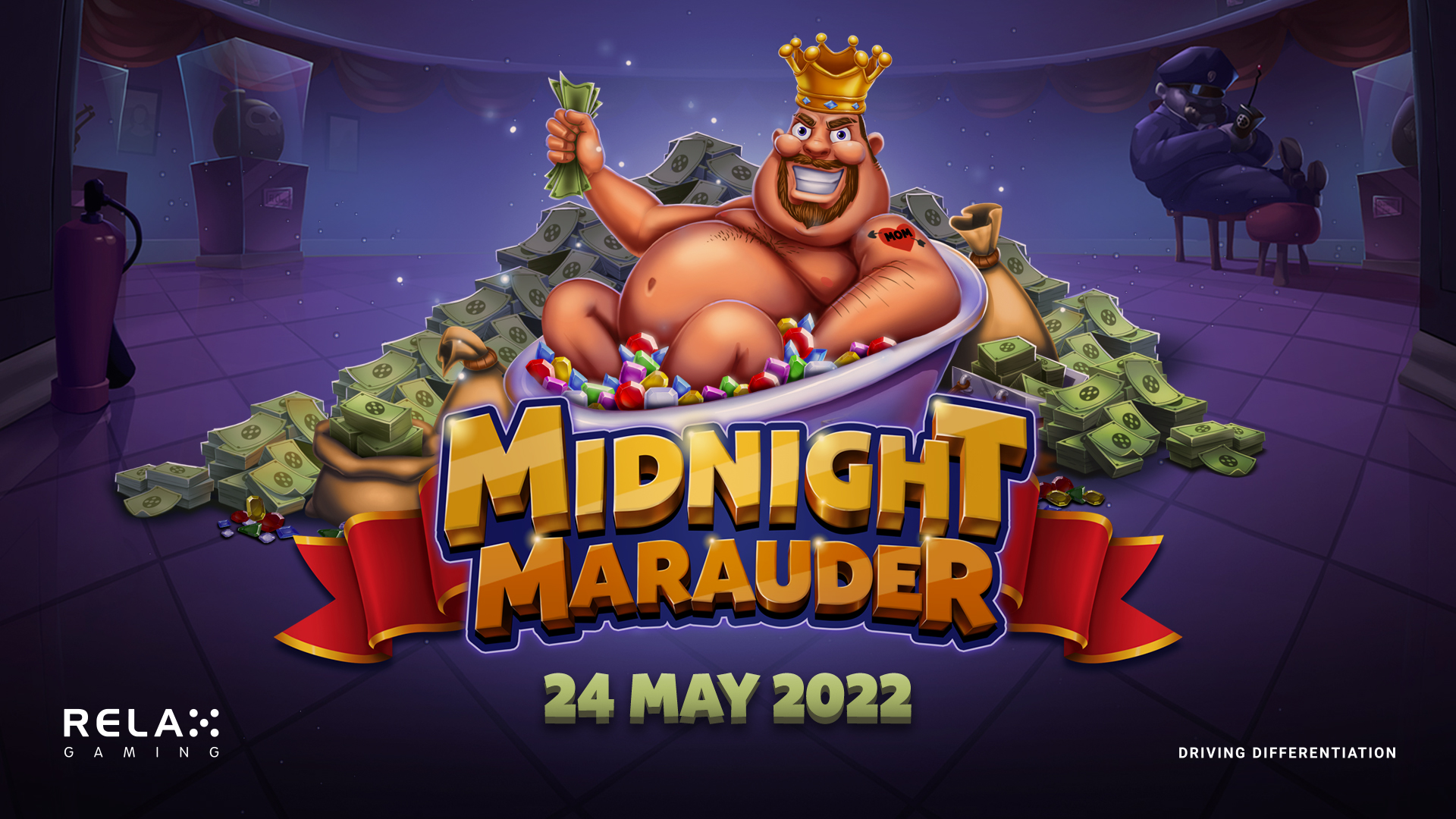 Relax Gaming, the igaming aggregator and supplier of unique content is inviting players to join one of the world’s most infamous bank robbers as he looks to net bags full of loot in high volatility slot Midnight Marauder.

Set across a 6×6 game grid, players are tasked with landing a cluster of five or more adjacent symbols to trigger the highly lucrative Collect & Multiply feature, creating money bags that can see players earn more than 30,000x their bet.

Once the Collect & Multiply feature is triggered, the win will be collected into one symbol position and re-spins awarded. If multiple money bags symbols of the same group land during the same re-spin, they can be multiplied against each other to form huge wins.

If three or more scatter symbols land during base gameplay, it unlocks entry into a lucrative free-spins bonus round. Players start off with eight free spins, with any additional bonus symbols landing awarding another spin

Should players wish to skip base gameplay, heading straight into the free spins, they can do so by using the buy feature at the cost of 100x their bet, guaranteeing the bonus triggers.

Simon Hammon, Relax Gaming CPO, said: “Midnight Marauder is a slot truly worth celebrating! It’s not often that a new release plays host to a unique and innovative mechanic that’s not been seen on the market before, Midnight Marauder can boast that and then some! We have high hopes for this fantastic game.”

Established as one of the industry’s leading B2B suppliers, Relax Gaming has been nominated in an outstanding nine categories in this year’s EGR B2B Awards, with a host of other nominations across the CasinoBeats Developer Awards, set to be held in Malta later this month.

In total, Relax provides more than 3,000 online casino games, from its high performing proprietary slots to a significant, varied library of content from hand-picked third-party studios via its partnership programmes.

Play the game at Relax Gaming