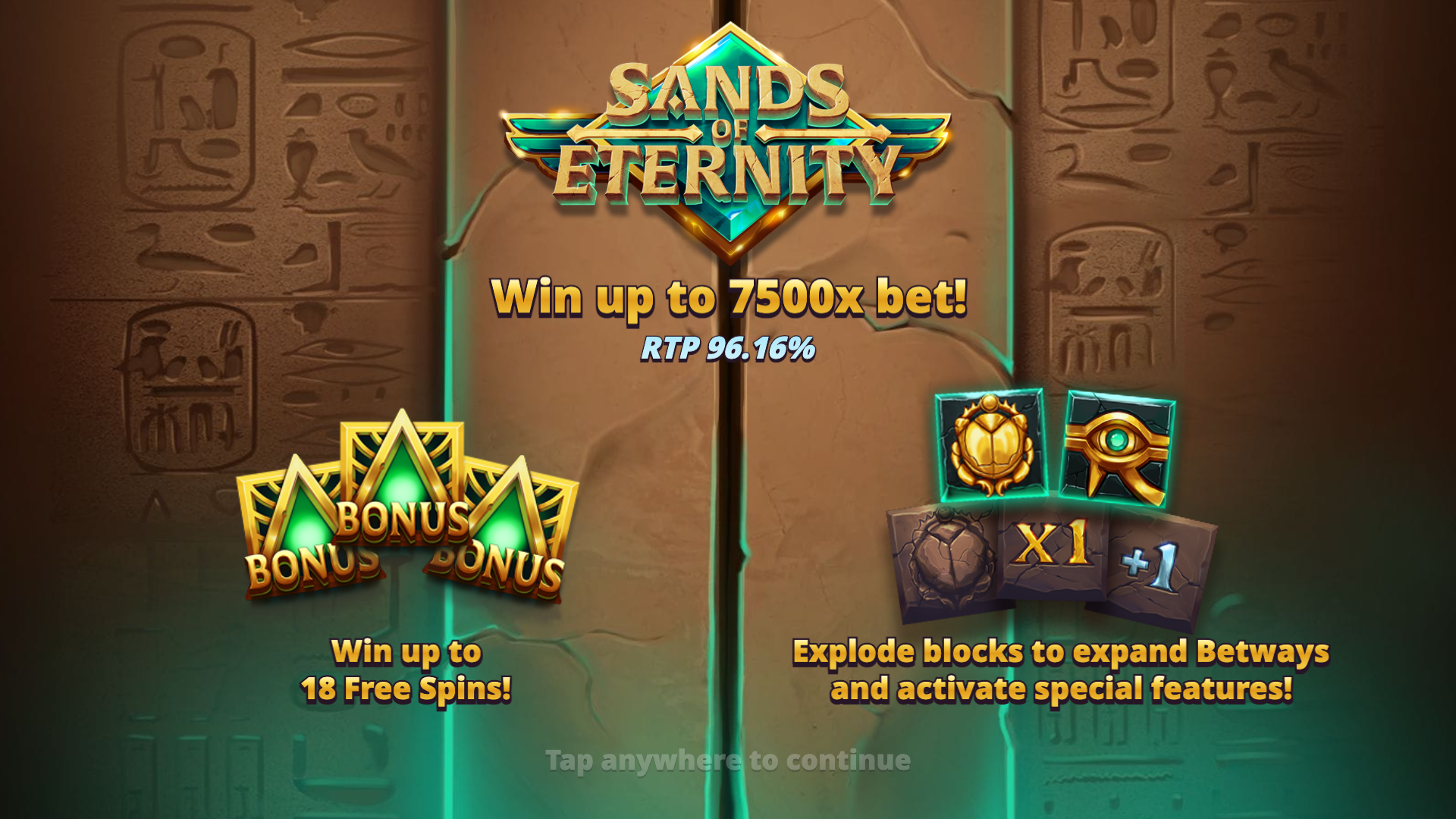 Slotmill is super excited to announce the release of Sands of Eternity, an Egyptian themed slot which is our most advanced game to date. Ancient stone blocks tumble down revealing hidden treasures and the game can expand to a whopping 46,656 betways! Up to 18 Free Spins with an uncapped win multiplier contributes to an exciting gameplay.

Sands of Eternity offers Slotmill’s latest addition “Fast Track” which gives players direct access to the exciting features in the game without having to grind to get there.

Jamie Boyle, Product Owner at Slotmill, said: “We’re delighted to end the year with Sands of Eternity. During 2021, we’ve pushed the envelope of slot design and created games which have been very well received by the player community. I expect that Sands of Eternity will be no exception.”

At Slotmill all games are designed and built for mobile first, which ensures the games are lightweight ensuring short load times and a UI that is optimized for small screens. High end graphics, animations and sounds combined with well-balanced mathematics translate into an optimum player experience.

All Slotmill games offer high RTP and our Fixed RTP™ seal mean that the RTP is set and cannot be adjusted. In addition, the games feature True Reels™ whereby the same reels are used for both play for fun and real money. In essence, Slotmill

Sands of Eternity is an Egyptian-themed avalanche slot with 6 reels, 6 rows and maximum 46 656 betways! The starting grid is 6 x 3 symbols in a jigsaw pattern with 729 betways. Winning and adjacent blocker symbols are removed and make room for new symbols that fall into place in an avalanche motion triggering new win opportunities.

Sands of Eternity holds a random Expansion feature in the base game which increase the number of betways to 20 736. Up to 18 Free Spins with a Progressive Win Multiplier can be awarded by landing 3+ bonus symbols.

Each corner position of the symbol grid holds special features that can be unleashed boosting the win potential. The special features includes; “Wild Scarab” which release a wild symbol when the stone block explode, “Eye of Horus” that removes all low paying symbols increasing the high symbol win potential, and “Golden Scarab” which place a 2×2 jumbo-wild in a random position on the grid.

Designed and built for mobile first, all Slotmill games are lightweight ensuring short load times and the UI is optimized for small screens. Full HD graphics, animations and sounds combined with well-balanced mathematics translate into a rich player experience.